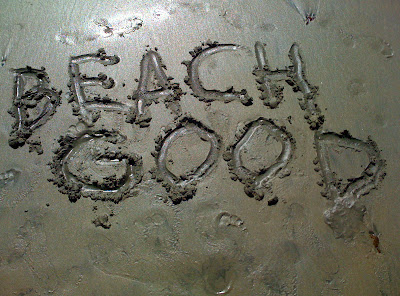 We’re back to the real world now and it S U C K S! I’ve found myself over the past day or two daydreaming of the beach and San Diego.

We got into town a week ago last Friday and could immediately feel the energy of being that close to the ocean and in such a great town. We picked up the rental car and immediately got lost on our way to the hotel. That’s ok because we were in no hurry and who really cares. We eventually found our way, thanks to the mighty iPhone and it’s GPS…yeah thanks really goes out to the California department of transportation for their superb upkeep of the road signs in the area. If you’ve never been to the area make sure that when you do visit, that you arrive before dark as the signs are so old and weathered that they’re no longer reflective, effectively rendering them completely useless in the glare of a cars headlights. Yeah…that was great…thanks. 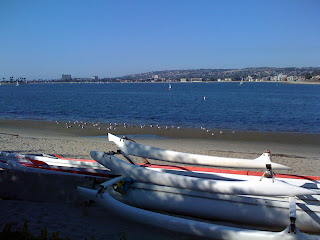 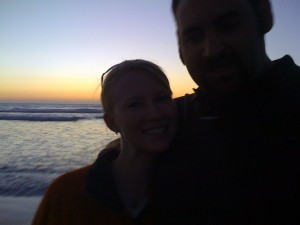 Saturday however delivered the eye opener that we were looking for. We had an idea that the view from our room was nice but we had no idea the view of Mission Bay would be absolutely amazing. Every morning and afternoon was awesome. Watching the sail boats and rowing teams while sitting on the beach just feet from our room was the best.

We hit the typical San Diego sites, Hotel Del Coronado & Coronado, Imperial & Pacific Beaches, Old Town, The Whaley House, Highway 101 up to Carlsbad, Sea World and Kobeys Swap Meet. I would have loved to have been able to stuff more in but between my conference and a few foggy days I think we accomplished quite a bit. 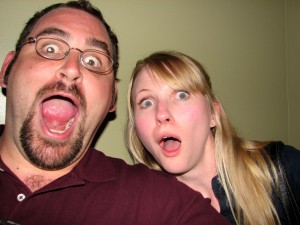 One of the coolest things we did was to tour though the Whaley house. It’s supposedly the most haunted place in California, blah blah blah, I think most of it is bunk and  the number of pictures that they’re touting as showing some sort of paranormal activity to me shows nothing more than just bad photography. Either way it was still pretty cool. The house did give off some quirky vibe and I could see something lurking around it’s dark corners, but when they’re touring 25+ people through every 15 minutes I don’t think much is going to be happening. It might be worth getting a group of friends together and renting it out for a night and seeing what decides to pop up.

I think this trip may have given us the kick in the butt that we’ve needed in order to begin planning our vacations and taking some time for ourselves rather than waiting for something to force us into going. It’s funny that Wife’s old boss sent us on our first beach vacation and now we can’t seem to get enough of them. What’s even more funny is that I never thought that I would EVER be a beach kind of guy, but every time we get there I absolutely love it. Like I said in my last post, I would eat dirt on a daily basis if it meant that we could live on the beach. 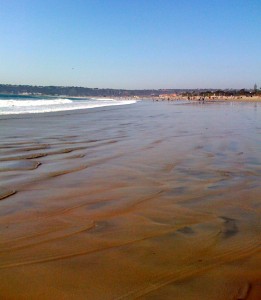 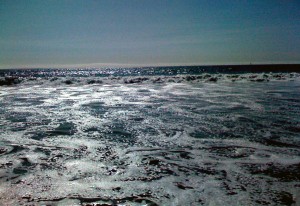 Yeah…the beach ROCKS!
The best part of the trip? Seeing that South Park has finally given me something totally topical again.
I mean really, they ARE everywhere! 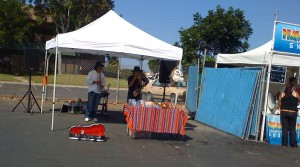 The best part was the rendition of “my heart will go on”…
It was so cultural…
Posted by What the Fetch at 7:58 PM